How a dentist can help children with behavioural problems 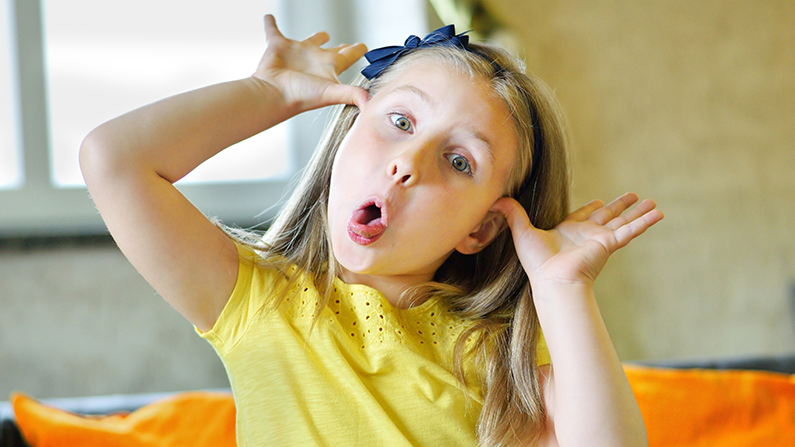 By Dr Mariola Prokop. This article was originally published in Australasian Dentist, No.62 Nov-Dec 2015.

Inspiration for this article I have found in the compelling/heart breaking story called “Finding Connor Deegan”. Featured in the film by Reed Yurman, created for Foundation for Airway Health, which I came across on AAPMD website (American Academy of Physiological Medicine & Dentistry).

I have similar observations with my young patients and their parents.

Many parents can recognize these symptoms – Lack of concentration at home and school, which leads to learning difficulties which creates frustration, which leads to unexpected behavioural changes, which may manifest as attention deficits, hyperactivity, aggression, crying and inappropriate behaviour.

Their children can be labelled at school as “naughty, difficult, troubled, problem child” and then diagnosed with ADHD/ADD.

According to the Centres for Disease Control and Prevention over 10% of children between age 4 – 17 are diagnosed with attention deficit hyperactivity disorder (ADHD). ADHD diagnoses rose an average of 3 percent each year from 1997 to 2006. This rise could be attributed to misdiagnosis. About 5.4 million children ages 4 to 17 have at some point been diagnosed with ADHD and about two-thirds of children who currently have the diagnosis are on medication. Are children being unnecessarily medicated for ADHD? Correctly diagnosing ADHD in children is difficult for several reasons.

The symptoms include hyperactivity, distractibility and impulsivity, which are not only subjective and are descriptors of a normally developing child, but these symptoms can be caused by sleeping disorders as well.

Sleep Disordered Breathing (SDB) affects the behaviour, growth and development of thousands of children, often without them knowing. SDB can be mistaken for ADHD and can lead to more serious health issues into adulthood.

Current research suggests that snoring, even without measurable apneas, is associated with cognitive, behavioural, and psychosocial problems. Children who snore have been shown to have lower scores on memory and learning tests including some types of intelligence quotient (IQ) tests. Sleep disordered breathing is believed to caused changes in the production of growth hormone and is also associated with impaired physical growth development.

According to Dr David Gozal MD, a sleep medicine specialist, OSA is responsible for drop up to 10 point in IQ scale.

Another research found that poor sleep in children is associated with lower neurocognitive functioning and increased maladaptive behaviours, such as hyperactivity, peers difficulties, conduct and emotional difficulties. Gottlieb et al:

We can ask the same question as Connor’s Mom asked in the movie:

“So, how’s a dentist going to fix behaviour?”

And as Dr Kevin Boyd, DDS explained to Connor’s mother, we need to “understand the domino effect of undiagnosed cause of upper airways blockage when someone cannot breathe through his nose, his only other option is the mouth. Mouth breathing 24 hrs a day over a number of years takes a toll on the development of the mouth. A higher arch is developed in the palate, narrowing the upper jaw which is no longer able to accommodate the tongue, the tonsils and adenoids work harder and can become enlarged.”

Due to misalignment of upper and lower jaw, mandible drops backwards during the sleep, resulting in the tongue being pulled in the same direction. The tongue can partially block the airway, All of these things contribute to a child snoring or frequently gasping for breath while asleep. Snoring in children is a clear indication that the airway is partially obstructed and is called Sleep Disordered Breathing (SDB), which if not treated leads to Obstructive Sleep Apnoea (OSA) in adult life.

“OSA would not exist if the jaws were placed properly forward in the face” says John Remmers MD, sleep medicine specialist.

Another research shows that paediatric OSA in non-obese children is a disorder of oral-facial anatomic abnormalities leading to abnormal breathing during sleep.

Ultimate solution to child’s behavioural problems is to restore nasal breathing with properly positioned maxilla then snoring goes away, a full night’s sleep is achieved, and behavioural dysfunction is remedied.

As Dr Kevin Boyd,DDS explains further: The nose is a regulator, a heater, a humidifier, a vacuum cleaner, a sterilizer and a primary sensory organ. The nasal cavity just happens to be formed by essentially the two parts of the maxilla which also happens to be the basal structure for the upper teeth and most of the upper jaw. The lower limits of the nasal cavity also happen to be the upper limits of the oral cavity. What affects one affects the other. It would appear that normal nasal breathing is conducive to normal growth of the maxilla and normal development to the occlusion of the teeth. The well-being of the whole child may be involved where mouth breathing is concerned, and the clinician dealing with conditions relating to mouth breathing must look not only at the specific condition he is being asked to treat, but at all related conditions as well.

The best approach to Sleep Disordered Breathing (SBD) is a multidisciplinary approach. There should be a team of health care providers such as Paediatricians, ENT specialists, Sleep medicine specialists, dentists, orthodontist and Maxilla-facial surgeons.

As Dr Derek Mahony, renowned Sydney Orthodontist, says dentists should be the gate keepers of their patient’s airways.

Dentists are in the prime position to help screen for and treat people with sleep disorders. Dentist could screen at dental visits using questioners, provide referral to sleep physician and/or ENT specialist. Dentists could coordinate diagnosis, treatment planning and actual therapy with sleep physicians.

“Dentists can use for a child who suffer from Sleep Disordered Breathing (SBD) – because they are growing – an orthodontic appliances to widen their palate and bring their jaw forward. That prevents the apnoea from occurring” Dr Mahony explains.

There are highly developed paediatric orthopaedic and orthodontic systems available now to offer the potential for early preventive pre-orthodontic treatment.

There is more research emerging which supports the connection between orofacial muscle activity and oropharyngeal development, as well as the demonstration of abnormal muscle concentration of upper airway muscles during sleep in patients with SDB.

This shows the role of myofunctional re-education in orthodontic treatment and elimination of upper airway soft tissue obstruction.

The long-term effect of treatment of Sleep disordered breathing (SDB) on neurocognition, academic ability and behaviour in school-aged children shows improvement in performance IQ but not verbal IQ or academic measures. However, children with SDB at baseline continued to exhibit significantly poorer behaviour than Controls at follow-up, irrespective of treatment.

I will forever be grateful to:

Dentists and their team of specialists are the best people to recognize, diagnose and coordinate treatment of SDB and can help children and their worried, frustrated parents to overcome behavioural problems, learning difficulties and allow the child to reach their full potential in life.

And like Connor’s Mom said “I will forever be grateful for giving my son back to me, for bringing peace to our house and joy to our hearts, for giving my son something I could not – ability to sleep tight. Thank you, thank you a million times over!”